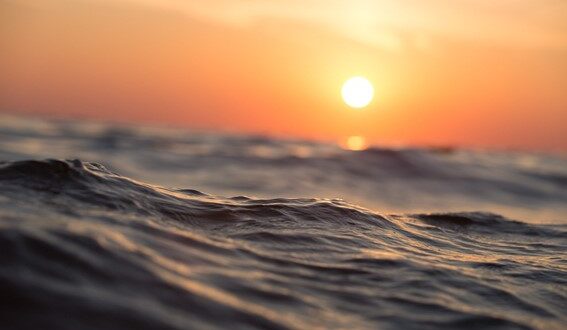 From the end of 2020 to the beginning of 2021 we tried, even with all the adversities, to find the strength to feel that the new year would be the beginning of a new cycle in our lives. It was a desperate and hopeful attempt to believe that a less difficult and a less painful year was beginning. Even without realizing it, we had within us a similar feeling to the one exposed by the Brazilian singer, Belchior, in his song: “last year I died, but this year I won’t”.

Regarding sea matters, however, the bad news came upon the second month of the year: a publication at the prestigious Scientific Journal Nature pointed that the Atlantic Meridional Overturning Circulation – AMOC (observe the picture below) had reached its weakest level in a thousand years. To understand the gravity of what is happening, it is important to highlight that this is one of the most important ocean circulation systems for the planet. 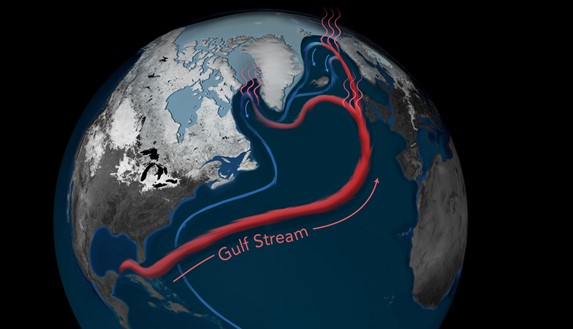 Part of this circulation system is the Gulf Stream, which rises in the warm waters of the Gulf of Mexico and heads towards northern Europe, more specifically, near to the United Kingdom, where it weakens and returns to the south. This stream is warm and fast, it transports nutrients to the species and alleviates both the temperature and the extreme weather events that could happen in parts of Europe, if it did not exist. In a nutshell: The Gulf Stream carries food and balances the temperature on Earth.

According to the researchers, the Gulf Stream´s weakening is happening, among other factors, due to the addition of fresh water in the oceans. This water comes from the melting of the polar ice caps, which is caused by global warming. When there is a greater concentration of fresh water, the density of the water changes, therefore, it also changes its intensity.

If the best conjuncture is to have a virtuous circle of sea streams, the reverse is happening nowadays: climate changes are becoming more intense, the temperature is increasing, the polar caps’ ice is melting, changing the ideal conditions of the oceans and, consequently, interfering negatively in their streams systems. This does not seem to be the most favorable scenario for the planet, or for living beings (including human beings).

It is noteworthy that the oceans, in addition to being responsible for regulating the temperature of the planet, are also a source of energy and food. A large part of the protein consumed worldwide comes from the sea. The changes in the sea streams can interfere in the energy production and in the maintenance of the infrastructure of the places impacted by them. Moreover, with the presence of extreme weather events, food production both at sea and on land is impaired.

Then if we would want to outlive 2021 and begin the new year with hope for better times, we have to change the way the planet is being treated. This sounds cliché, however, it also is not too much to be reminded. In the same song, Belchior also considers himself a “lucky subject”. However, the luck of the 1970s may not last until the first decades of the 21st century if alternatives to the current world panorama are not considered as not to let the dancing of the streams lose even more its strength.

DUNNE, Daisy. Atlantic Ocean current at weakest state in ‘over a millennium’. The Independent. 26 feb 2021. Available at: https://www.independent.co.uk/climate-change/news/atlantic-ocean-current-weakening-amoc-b1807337.html. Acess in 02 mar 2021.