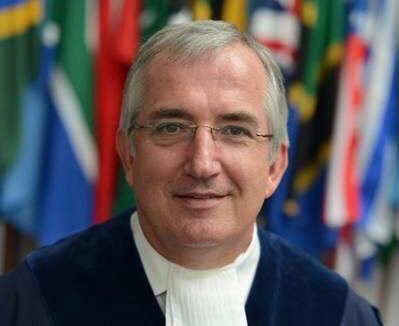 Born in South Africa, Judge Hoffmann is member of ITLOS since 1 October 2005, having been, between 2011 and 2014, Vice-President of ITLOS and, between 2017 and 2020, President of the Seabed Disputes Chamber.

In the past, Judge Hoffmann was Advocate of the Supreme Court and Legal Adviser to the Ministry of Foreign Affairs of South Africa. Currently, besides being a member of ITLOS, he is Professor of International Law and Law of the Sea, having taught at University of Pretoria, in South Africa, and at Rhodes Academy of Oceans Law and Policy, in Greece. He is the author of several works on International Law, Law of the Sea and South African Law.

In his letter to BILOS, Judge Hoffmann recalls that the Seminar also serve to launch the book entitled International Tribunal for the Law of the Sea: 25 years of jurisdiction (1996-2021), dedicated to the memory of Professor Vicente Marotta Rangel, “a distinguished scholar and most respected and beloved former member of this Tribunal”.

The Seminar will take place at 8:30 AM (GMT-3, Brasília time) on 25 February 2021. For more details, please see the official schedule.