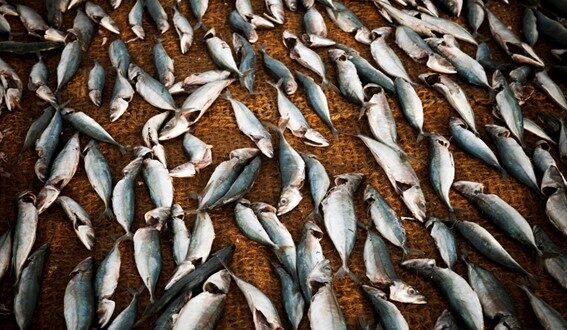 The ocean’s cycle of decline of the marine biodiversity will significantly impact human nutrition if it is not reversed. Food security is one of the dimensions of human security and exists “when people have, at all times, physical and economic access to safe, nutritious and sufficient food to satisfy their dietary needs and food preferences, in order to lead an active and healthy life”[1].

When considering this definition, according to data of FAO[2], approximately 1 in every 6 inhabitants of the planet is undernourished. Still according to FAO, more than 40% live in Asia, which is the region with the highest population growth in the world. Therefore, it is estimated that to meet this demand, world food production must increase by 70% until 2050, so that it is possible to guarantee the availability of food for the global population[3].

This data, by itself, is already worrisome, furthermore, the situation worsens when it is considered that part of the food consumed by human beings comes from the ocean, which, in turn, has its stocks reduced day after day. Consequently, it is not enough just to increase production on land, it is necessary to solve the problem of declining stocks, in addition to increasing marine production.

Among the reasons for this reduction, overexploitation, climate change and pollution appear among the most cited[4]. The impacts are economic, social, environmental, and political[5]. Therefore, the scarcity of seafood protein is one of the consequences of this situation. In other words, the impacts are also related to the lack of food on the plate, that is, food insecurity. In a nutshell, famine could become even worse if urgent and effective measures to protect the ocean are not taken.

Seeing that marine activities are becoming unsustainable year after year, a United Nations (UN) agenda focused on the ocean began in 2021: the Decade of Ocean Science for Sustainable Development[6]. It is noteworthy, however, that this initiative alone is not enough. Reversing the cycle of declining ocean health and resilience, and creating viable conditions for sustainable development, as intended, is not only done through decision-making by international bodies. And I explain why.

The United Nations Convention on the Law of the Sea (UNCLOS), the main legal document that regulates the use of the oceans, establishes in its text that the coastal State must determine the allowable catch of living resources in its Exclusive Economic Zone (EEZ), ensuring adequate measures of management and conservation in order not to jeopardize the continuity of the living resources of the EEZ (article 61, UNCLOS).

Despite the existence of a regulatory framework, the degradation of living resources has been taking place since even before this document was drafted, signed and recognized by States. In sum, a Convention[7] was not enough to prevent us from continuing the overexploitation of these resources.

It should be remembered that “the history of humanity has as a backdrop the struggle to, in short, overcome the problem of scarcity of resources in the face of changing and growing needs”[8]. Furthermore, it should be noted that food has been used as a weapon (food as a weapon) since time immemorial. As such, there is one more reason not to increase food insecurity and, as a consequence, preventing the cycle of degradation of marine biodiversity from continuing is essential.

Still swimming in this stream, the international environment shows that the intensification of disputes for maritime areas, for sources of freshwater, energy, and food cannot be neglected, seeing the increase in human activities, due to economic and population growth[9]. Therefore, there is a possibility of conflicts involving maritime areas and food being generated or intensified.

It is by no means intended to say that initiatives such as international agendas and conventions are unnecessary, but rather that they are insufficient. The objective of this text, therefore, is to bring to the reader the awareness of the possible situation of food insecurity if one does not look at the ocean more carefully. The impact, this time, will be on the plate: hunger can, indeed, be present even more strongly in human beings’ daily lives.

The title of this column is a contribution of Wallace Santana (Researcher at NEPEDIMA/UERJ).

[4] On the context of overexploitation, it should be read as fishing – both legal and illegal (IUU fishing). However, it was decided not to bring this theme into this column, as it is a very complex subject that can be addressed in a later opportunity.

[7] It should be observed that it took a few decades to reach the final text of UNCLOS. One of the issues of disagreement was in relation to fish stocks. This topic was the subject of parallel agreements and, only after these, the Convention was signed by the States.