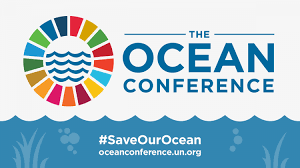 The 2nd United Nations Conference for the Oceans was again postponed due to the COVID-19 pandemic. Originally scheduled to take place in June 2020, it has been postponed to 2022, as soon as sanitary conditions permit. The Conference will be jointly organized by the governments of Portugal and Kenya and aims to implement the 14th Sustainable Development Goal.

Oceans and seas occupy most of the planet’s surface and play a fundamental role in sustaining human life and in the health of ecosystems. It is already known that marine ecosystems are crucial for the eradication of poverty, food security and international trade. They interact with the Earth’s atmosphere, regulate the global surface temperature and absorb greenhouse gases. However, human activities of predatory exploration have compromised marine fauna and flora, as well as leading the oceans to a high absorption of gases that imply acidification of the waters.

To combat the degradation of the oceans and face the greatest challenges facing humanity, the UN established 17 Sustainable Development Goals (SDGs), gathered in the 2030 Agenda. Among these, the SDG 14 provides for the conservation and sustainable use of the oceans, seas and of marine resources for sustainable development, the I UN Conference for the Oceans was held in 2017 and the II Conference was scheduled for the year 2020. These strategies are aimed to create and promote innovative and scientifically based solutions to make possible the SDG 14 achievement.

The Conferences debate the targets set out in the objective, such as marine pollution (14.1); the management, protection, conservation and restoration of marine and coastal ecosystems (14.2 and 14.5); reducing ocean acidification (14.3); sustainable fishing and providing small-scale artisanal fishermen with access to marine resources and markets (14.4, 14.6 and goal 14.b); encouraging and strengthening sustainable ocean-based economies, in particular for small island developing states and least developed countries (14.7 and others); the increase in scientific knowledge and the development of research capacity and the transfer of marine technology (goal 14.a); improve the conservation and sustainable use of the oceans and their resources through the implementation of international law, as reflected in the United Nations Convention on the Law of the Sea (goal 14.c); and the interconnection between Objective 14 and other objectives for the implementation of Agenda 2030.

The first 2017 Ocean Conference – New York, played a key role in publicizing the processes of degradation and acidification of the oceans, which compromises both marine life and its role in absorbing carbon from the atmosphere. On that occasion, governments and civil society and international organizations voluntarily made 1,161 commitments for the protection of the oceans, of which 460 are aimed at eliminating pollution caused by the release of plastic and micro plastic into the seas. Another 315 commitments are aimed at ending overfishing and predatory fishing. Actions were also planned to increase the number of researches and, consequently, scientific knowledge about marine life, as well as support to expand marine and coastal protection zones. Severals alliances have been established between governments, companies, scientists and civil organizations in what was considered the starting point to stop the degradation of the oceans by the President of the UN General Assembly.

In summary, the 2017 Oceans Conference, galvanized various actions through partnerships aimed at solutions and voluntary commitments, seeking to reverse the decline in the health of the oceans, seas and marine resources for people, the planet and prosperity.

The II Conference of the Oceans was provided for by UN General Assembly Resolution 73/292. With the theme “Intensifying actions for the oceans based on science and innovation to implement Goal 14: balance, partnerships and solutions”, the meeting starts from a broader perspective to drive more ambitious actions on the conservation and sustainability of the oceans .

Based on the success of the 2017 conference, the II Conference was scheduled to take place in 2020, a year considered vital for international discussions on climate change and biodiversity, as it is expected to increase the ambition levels for the Post-2020 Global Biodiversity Framework for the 15th meeting of the Conference of the Parties to the Convention on Biological Diversity and the 26th session of the Conference of the Parties (COP26) of the UN Framework Convention on Climate Change (UNFCCC), both of which were also postponed by the COVID-19 pandemic.

The Conference is of particular importance because, among other measures, an evaluation of the implementation of SDG 14 should be made with the establishment of new strategies; a number of relevant stakeholders such as governments, the United Nations systems, intergovernmental organizations, NGOs, civil society organizations, academic institutions, the scientific community, the private sector and philanthropic organizations will be involved to assess the difficulties and opportunities related to the implementation of Objective 14; provide opportunities for sharing updated information on the fulfillment of voluntary commitments made for the conservation and sustainable use of the oceans; and will establish new voluntary commitments in support of the SDG 14. Finally, the Second UN Conference for the Oceans is expected to be a time for evaluating strategies and sharing common and voluntary efforts, promoting the collaboration and cooperation of the various global agents to the achievement of the Agenda 2030 objectives.

But, sanitary conditions must be favorable until next year. Meanwhile, it is worth following the XV Conference of the Parties (COP 15) of the Convention on Biological Diversity (CBD), scheduled to take place from May 17 to 30, in Kunming, China; and the XXVI United Nations Conference of the Parties on Climate Change (COP 26), scheduled to take place in Glasgow, Scotland, and postponed to a date not yet defined due to the pandemic.

By Mário Emmanuel O Moraes, intern at the Brazilian Institute of Law of the Sea (IBDMAR),

under the supervision of Fabiana Ventura Piassi