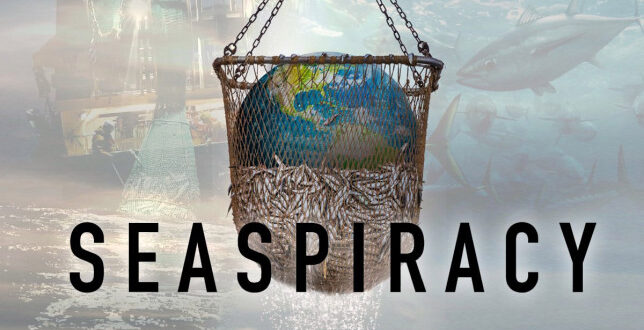 The new documentary “Seaspiracy: Red Sea” is among the most popular on the Netflix streaming service since its debut on March 24, 2021. The documentary is directed and narrated by British filmmaker Ali Tabrizi and has as its central theme investigating the various negative impacts of the fishing industry on the marine environment. However, along with its popularity, the film has also sparked controversy among scientists, sectors of civil society (including NGOs) and representatives of the fishing industry. This news aims to address the main positive and negative points pointed out in social networks. For a legal analysis, see Carolina Cesetti column [1] .

During the course of the documentary, which follows an investigative line, the narrator presents to the audience cases related to the fishing industry in different parts of the world, both in developing countries and in developed countries, which would put in doubt the possibility of some type of fishing. sustainable. Among the cases discussed are the killing of dolphins in Tiaji, Japan; the accidental capture of dolphins in Europe; the boycott and subsequent withdrawal from Japan of the International Whale Commission (IWC) in 2018; depletion of stocks, overfishing, discard and waste; illegal fishing; the impact of plastic pollution, including ghost networks; poorly managed aquaculture; and the systematic violation of human rights, such as labor abuses from Ghana to Liberia, Thailand and the United Kingdom.

The author’s criticism of the lack of a precise concept of what “sustainable fishing” is based on a series of interviews conducted with representatives of NGOs, the industrial fishing sector and fisheries certification entities. According to the excerpts, the interviewees did not know how to specify the elements that would characterize the sustainability of a fishery. It is implied, and at certain times, that a more forceful discourse on fishing prohibition is avoided, because some of these entities do not want to confront power structures, while others would maintain indirect connections with the industrial fishing sector.

On the other hand, representatives of the sectors interviewed denounce that their interviews were cut and used out of context, while members of the scientific academy claim that the data used is out of date and that the documentary should have listened to a greater number of scientists [2] . For example, the scientific study referred to in the documentary, published in 2006, which predicted that by 2048 the ocean would be empty was subsequently revised. Regarding the concept of sustainable fishing, according to biologist Cintia Miyaji [3], the documentary seeks to argue that such a definition is an invented narrative, and uses untrue information to question the suitability of NGOs, environmental labels and certification schemes. However, it fails to consider the professionals who are hard at work looking for a transformation in the models of fishing and agriculture, which are economic activities of extreme importance for the well-being of people, the ocean, ecosystems and our planet.

Some of the aforementioned organizations have also spoken out. For example, the Marine Stewardship Council (MSC) has stated that it works tirelessly to secure fish stocks for future generations [4] . In fact, its positive impact is recognized by the United Nations. David Phillips, director of the International Marine Mammal Project (IMMP), responsible for the Dolphin Safe label , noted that the historic decrease in dolphin deaths from tuna fishing vessels is a demonstration of the label’s contribution [5] . The NGO Oceana reaffirmed its commitment to guarantee sustainable fishing, while pointing out that the part of the reported interview was out of context[6] .

Another highlight of the documentary is the denunciation of the systematic violation of labor rights and human trafficking carried out by the fishing industry, a situation that is still invisible, according to the NGO Human Rights at Sea [7] . In addition, it brings to the fore the need to use the nomenclature of wild fauna for fish, something little accomplished in the countries, and of extreme relevance to centralize marine species in the discussion on policies for the recovery of endangered species and changes in consumption patterns [ 8] . In the end, two proposals are presented as able to reverse this scenario of destruction in the oceans: support the creation of more protected marine areas and stop consuming animal protein.

Regarding the proposed solutions, Oceana stated that stopping eating seafood is not a feasible choice for many people around the world who depend on coastal fishing and whose reality is poverty, malnutrition and hunger. Likewise, Cintia Miyaji claims that many people depend on fishing to survive and have their culture linked to fishing. The biologist adds that the promotion of fishing activities in an organized, well-managed and supervised manner will bring benefits to ecosystems.

Some initiatives, which are based on good quality science, allow stocks to recover and grow, including: the creation of exclusion zones, license limits, regulation of fishing and cultivation practices and mechanisms that have less impact, among other measures. Thus, in addition to guaranteeing sustainable fisheries, they allow the application of appropriate methods for the recovery of degraded areas and ecosystems. It is worth mentioning that in Brazil the foundations of the Brazilian Alliance for Sustainable Fisheries are being built, based on cooperative, collaborative and collective impact work, due to the lack of financial support and precise governance.

Given the pros and cons presented, it is up to you reader to answer whether the documentary Seaspiracy is intended to be an effective “weapon” to engage the general public in protecting the ocean, the resources and ecosystems that are extremely important for everyone or, in return , increased the dualistic polarization between science and activism, “good” NGOs and “bad” NGOs, vegans and non-vegans, fishermen and aquaculture farmers, artisanal and industrial fishing, certifications and recommendations.

Then the invitation to watch the documentary remains!

By  Rayanne Reis Rêgo Cutrim , intern at the Brazilian Institute of Law of the Sea (IBDMAR), under the supervision of PhD student Luciana Coelho.

AUR, Deise. Is there sustainable fishing? Seaspiracy: Netflix’s new documentary is giving the talk .2021. Available at: <https://www.greenme.com.br/viver/arte-e-cultura/79904-documentario-seaspiracy/>. Accessed on: 15 apr 2021.

MIYAGI, Cintia. Seaspiracy and the trap of half truths .2021. Available at: <https://www.batepapocomnetuno.com/post/seaspiracy-ea-armadilha-das-meias-verdades>. Accessed on: 17 apr 2021.

OCEANA. A statement from Oceana on Netflix’s Seaspiracy . 2021. Available at: <https://oceana.org/statement-oceana-netflixs-seaspiracy>. Accessed on: 15 apr 2021.

THE GUARDIAN. Seaspiracy: Netflix documentary accused of misrepresentation by participants. The Guardian .2021. Available at: <https://www.theguardian.com/environment/2021/mar/31/seaspiracy-netflix-documentary-accused-of-misrepresentation-by-participants>. Accessed on: 15 Apr 2021.

THE GUARDIAN. Seaspiracy shows why we must treat fish not as seafood, but as wildlife. 2021. Available at: <https://www.theguardian.com/commentisfree/2021/apr/07/seaspiracy-earth-oceans-destruction-industrial-fishing>. Accessed on: 17 apr 2021.