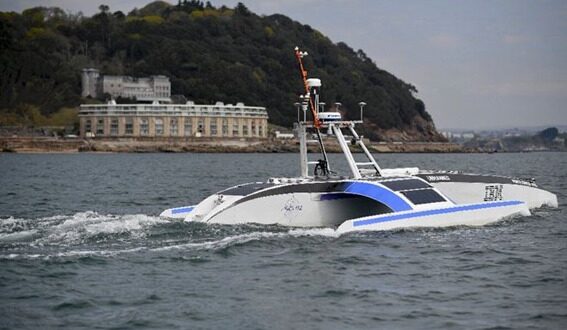 By Carla Adriana C Gibertoni Fregona, Lawyer and juridical consultant, Associate at Pádua Advogados, Master in International Relations at the University of Barcelona, Author of the book “Theory and Practice of Maritime Law”, Invited professor at post-graduation courses on Maritime, Port and Customs Law.

The world is changing fast, and although the pace and impact of technological developments will vary from one sector to another, naval manufacturers are playing a very active role in innovation and the development of autonomous ships.

Autonomous ships are the self-driving vessels that operate over water without any crew present on the ship. They are piloted by means of artificial intelligence, and can be unmanned vessels functioning as a type of seafaring drone. They are combined with advanced sensors which give a precise image of the surroundings to the artificial intelligence system of the ship, causing it to operate accordingly.[1]
The components used in autonomous ships are supported by services such as IoT, Artificial intelligence (AI) and others, which help follow mission plans, adjust mission execution, and sense the environment with the necessary decision logic.[2]

Maritime stakeholders have been preparing to adopt automation for some time.  Automation will certainly continue to evolve based on economic viability, acceptance of the risk inherent to complex systems, the development of a regulatory regime, and national administrations’ policies on maritime safety.

Autonomous ships market share is increasing due to seaborne trade across the globe. However, this demand for smart and autonomous ships could reduce human beings’ involvement in the operation.

Unmanned remotely controlled ships will be dependent on interdependent complex systems, with communication and digital data exchange systems interfacing with multiple shipboard navigation and engineering autonomous systems and sensors. The reliability, robustness, integrity and cybersecurity of such systems will present significant technical challenges.

The first autonomous ship is scheduled to embark on May 15. The journey to Plymouth, Massachusetts, the same voyage made by pilgrims on the original “Mayflower” in 1620 as they sought a new life in America, will take three weeks.[3]

That is exactly it!

With no human captain or onboard crew, the Mayflower Autonomous Ship (MAS) uses AI and the energy from the sun to travel further and reveal more about the ocean. Working in tandem with scientists and other autonomous vessels, MAS provides a flexible and cost-effective platform for deepening the understanding of critical issues such as climate change, ocean plastic pollution and marine mammal conservation. [4] In parallel, the development of marine autonomous systems promises to transform ocean-related industries such as shipping, oil and gas, telecommunications, security and defense, fishing and aquaculture.[5]

The ship was not made for transporting people, but for researching about marine pollution and for tracking marine mammals during its trajectory, which may take up to three weeks to finish.  Developing its “smart captain”, the onboard artificial intelligence, took a long time, as the computer had to learn how to identify maritime obstacles by analysing thousands of photographs.

Because of a lack of regulations around unmanned sailing, the Mayflower 400 is yet to be tested in rough seas or storms. In simulated settings, however, the robotic craft has faced 50-metre waves. Besides, it has got the capacity to analyse the chemical composition and the sea level of the regions through which it passes.[6]

While the ship is totally autonomous, the team will monitor the ship 24 hours a day from England, ready to intervene remotely in case of danger or something wrong happens.