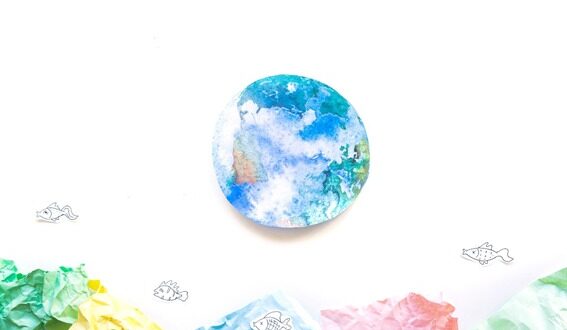 The International Day for Biological Diversity is celebrated in May. Going along with this special date, which was established by the United Nations (UN) in 1992, I bring this topic up in this month’s column. If the date was made to celebrate, perhaps it does not match with the reality. Replacing celebration with awareness can be more fruitful.

Regarding this date, it was created on 22 May 1992, when a “consensus” about the text of the Convention on Biological Diversity (CBD) was reached. The CBD was built within the framework of the United Nations Conference on Environment and Development, known as Rio-92.

Within the scope of the CBD, a short video[1] was released on 22 May featuring people of different ethnicities with the hashtag #wearepartofthesolution, showing images of plastic packs on the beaches and smoke coming from the exhaust of a car and of an industry chimney. As possible solutions to these problems, there are images of people releasing turtles and collecting garbage on the beach, together with colorful fish swimming close to anemones and corals. There is no mention of industries or agents that pollute or overexploit living resources.

In the same way, the 2021 speech[2] of the Secretary-General of the UN, António Guterres, was more of the same. As in the 2020 speech, [3] Guterres said that sustainable choices are the key to success. We agree on that, however, I ask: Whose sustainable choices? Nothing about it.

Another event on the UN’s Agendas, in 2021, is the beginning of the Decade of Ocean Science for Sustainable Development, [4] called Ocean Science Decade, whose motto is “the science we need for the ocean that we want”. This Agenda stems from the urgency to work better on the Sustainable Development Goal (SDG) number 14 (life below water). The SDG number 14 is part of the 2030 Agenda for Sustainable Development. [5] Finally, it is relevant to write that there is another Agenda, which is a product of Rio-92, called Agenda 21, [6] and that has a similar structure and objectives to Agenda 2030. However, until now, its goals were not fully achieved.

May 22, therefore, should be a means to raise awareness and not to celebrate. Introduce people to topics such as the loss, lack of knowledge and of mapping of biodiversity, the reason for conserving it, pointing out biological, social, and economic reasons, among others. It is necessary to know, speak and put in the daily lives of people the discussions about these topics. And it is necessary to identify who is largely liable for the terrible panorama in which the biodiversity of this planet currently is.

It is not reasonable to expect that people will become aware if we continue linking plastic pollution only to packaging discarded in the oceans. It is necessary to point out interconnected factors such as the lack of treatment and correct disposal of waste, and the industries and liable entities. If children are educated with the tiny information that if they throw their yogurt packing in the trash, they will be saving the marine environment, I am sorry to disappoint you, but they will be very frustrated when they reach adolescence and realize that there is not even one turtle left alive. Critical education concerning the protection of biodiversity is fundamental and imminent.

Only what is known is respected and protected. Marine biodiversity is not yet fully mapped, and it includes the Brazilian sea, known as the Blue Amazon[7]. Just there, there are still 143 threatened species, 161 marine habitats, and 24 impact factors from human activities, according to a study released in late 2020[8]. Against this landscape, the proposal of the Ocean Science Decade is relevant, given the need for cooperation and technology transfer to make possible the giant and important task of mapping and understanding marine biodiversity.

The point of the International Day for Biological Diversity, I emphasize, should be to raise awareness. To point out those responsible for the unprecedented decline in biodiversity, discuss cooperation and technology transfer, share knowledge about nature and ecosystems. It should be to talk about respecting the environment and all forms of life. In 2021, this date is certainly not one to celebrate.